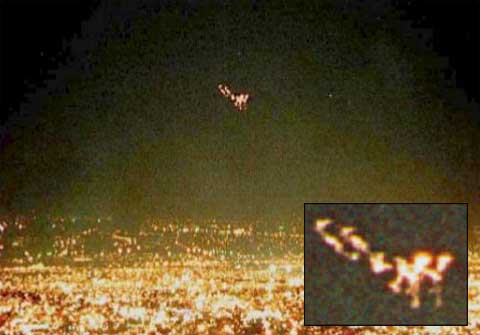 Strange admissions were made during last night’s Democratic Presidential debate at Drexel University in Philadelphia. First came this

And then, later in the debate, came this:

MR. RUSSERT: Congressman Kucinich, I want to move to a different area, because this is a serious question.
The godmother of your daughter, Shirley MacLaine, writes in her new book that you’ve cited (sic) a UFO over her home in Washington state — (laughter) — that you found the encounter extremely moving, that it was a triangular craft silent and hovering, that you felt a connection to your heart and heard direction in your mind.
Now, did you see a UFO? (Laughter.)
REP. KUCINICH: I did.
Democratic Debate Transcript – Election 2008 – Politics – New York Times