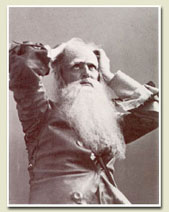 This just in on the wires:

A 65-year-old railwayman who fell into a coma following an accident in communist Poland regained consciousness 19 years later to find democracy and a market economy, Polish media reported on Saturday…
“When I went into a coma there was only tea and vinegar in the shops, meat was rationed and huge petrol lines were everywhere,” Grzebski told TVN24, describing his recollections of the communist system’s economic collapse.
“Now I see people on the streets with cell phones and there are so many goods in the shops it makes my head spin.”
Democracy stuns Polish coma man – CNN.com

How’d he know they were cell phones?